Starting October 14th, My Time, All That Moves, Moves By My Time- And In Accordance With
My Prayers For Life Dictated To Me By My Wife, The Goddess of Israel!

AmerCia Is Doomed To Oblivion. A Total Destruction Leaving No One Alive And A Land Uninhabitable By Even Animals for A Thousand Years, Come This November 11th! 1111

It should be self evident that what I said here then, is coming true now. This all began with the horrific crime, the conspiracy  of all time, which came to a head on September 11th, 2001, that travesty against truth and justice, perpetrated by the CIAand The Israeli Mossad! 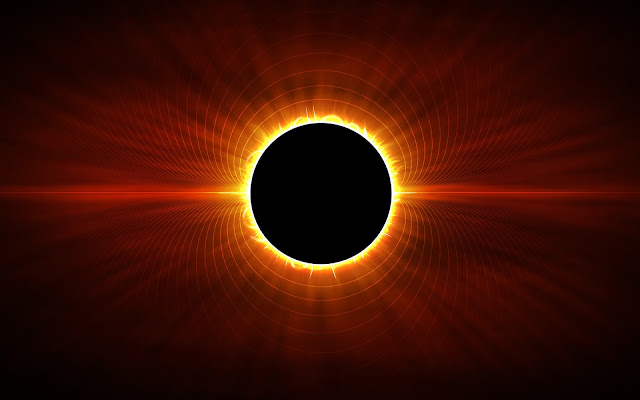 
A Total Eclipse of The Sun, A Sublime Sign of Divine Design, Remarkably To Be Remembered as The Beginning of The Great Decline, Which Began on 911, The Birthday of The Son, The Little One 11, Who Rules With Irony, His Kingdom Come!

The eclipse begins with the break of dawn,
and a sun shamed by what is going on,
rises from the great Pacific sea,
invisible behind the fullness of a lunatic moon.
A moon gone crazy from watching human folly,
perpetrated all day and all night long,
as if murder and rape are no longer wrong.
The great light of celestial government,
hiding in the dark behind a speck of spherical rock,
as the moon's shadow  races  across the waters,
bearing tidings of a so greater approaching darkness,
unseen since The Great Exodus itself.
First the day turns off it's light, turns to  night,
and the air goes chilly and cold, like the heart of the bold,
when they comprehend the sin of their betrayal.
First, the firstborn of America will die for their lies
and forfeit the privilege of freedom, by reason of hypocrisy
and complacency with evil men and venal interests.
America is coming down to her knees,
and I will hear but not heed her pleas, For God Has Spoken!

Mock Him no longer, My Anointed Son,
whose name will shine brighter than the Sun,
until the dusk of the human mind, for He is The Little One!
The one by my side 11, you so despise, for telling  My 363 Truth! In a Sublime Display of Divine Irony,
this eclipse is an omen of the final decline of The USA.

jonathanmichaelrobbins.blogspot.co.il - Fire On The North West (US) November 11th, 2017
Interested enough to spend some time deciphering the Digits of The Divine Design of Our Time?
Go Here!
Gematria Code of Messianic Times In Hebrew Bible 1111
Posted by Unknown at 10:15:00 PM